A new consensus in economic thought is emerging around the question of how nations should take care of their economies. This reading list is designed with the goals of winning over people who–whether they’re progressives or centrists–are still entrenched in the old consensus of neoliberalism, and also providing converts with a deeper understanding of various aspects of the new consensus.

First, get yourself de-programmed with Bad Samaritans. This is the best overall globally-oriented introduction to how economic progress really happens. Even though Ha-Joon Chang has written some great new books (see below), Bad Samaritans is the best treatment of how the rich countries got rich by trying as societies, by building institutions such as national investment banks, non-profit savings bank networks, state-owned or state-backed industries, infrastructure and education designed to promote industrial development, and so on – and how all the countries today that are making economic and social progress are still using those kinds of institutions.

Concrete Economics tells much of the same story as Bad Samaritans but focusing exclusively on the United States, and doing so in language even more accessible and unobjectionable to mainstream and centrist audiences.

Made in the USA is one of Bill Gates’ favorite books–which is a great way to recommend it to friends still entrenched in the Old Consensus. Vaclav Smil explains in this book that a country the size of the United States can not hope to make a prosperous living without a strong manufacturing sector. The broader point, however, is that a nation must deliberately and constantly invest in its means of making a living. Nations that “letting the free market decide” what they should do for a living decline to the bottom of the economic food chain.

Learn about the biggest, baddest entrepreneur in history from Mariana Mazzucato. The Entrepreneurial State documents how virtually every innovative and dynamic part of the U.S. economy has been funded essentially by public venture capital. But it’s a very strange sort of venture capital that takes no stake in exchange for its investments (why? because: private=good, public=bad!). Learn how every cool piece of technology in your smart phone was developed by some company that was venture-backed by the U.S. government decades before anyone else saw any practical application for the technology.

Try on a new paradigm with Kate Raworth. Doughnut Economics doesn’t just tell you what’s wrong with the current economics paradigm, it offers a whole new one to take it’s place. It’s exploding right now. I was visiting a think tank in Berlin, and the book was out on every desk.

Let Rana Foroohar introduce you to the good guys and the bad guys in Makers and Takers. Foroohar turns around Mitt Romney’s famous division of America by showing us who the real makers are, and the real takers. Makers are people who add value to our economy, as workers, entrepreneurs, caregivers, artists, parents and grandparents and others. Takers those on Wall Street who use the power of de facto government-insured credit and government bailouts to suck huge amounts of wealth out of the economy.

Learn how the some scrappy right wing activists and business leaders changed America’s mind about economics last century and created the consensus we’re now breaking away from. Here’s how we got into this mess!

Check in with capitalism, with Mariana Mazzucato and Michael Jacobs:

Go back to Ha-Joon Chang, for an objective, heterodox overview of the whole field of economics:

Let Justin Lin clue you in to what the world economy looks like from Beijing. Justin Lin is one of the figures who is bringing Beijing into it’s own as the once and future center of the world. After serving as the chief economist of the World Bank, through the worst economic crisis since the Great Depression, he gives his take on what’s really going on.

Be shocked at how easy this could all be with The Public Banking Solution. Ellen Brown lays out the too-good-to-be-true-but-actually-true public bank solution. Banks create money when they loan out money and borrowers write checks for far more money than what’s sitting in the vault. In most thriving industrial countries, public banks are a big part of what keep’s them thriving. Public banks fund what private banks aren’t interested in: low-profit margin infrastructure projects, small and medium sized business, large long term investments in new or upgrading industries.

Then read Ann Pettifor’s book to prove to yourself that Ellen wasn’t making it all up. In this book, Ann shows how in all of our societies, with all of our people, resources and technology, “we can afford what we can do.”

If you’re still not convinced, then read The End of Alchemy by the former governor of the Bank of England!

Then listen to mainstream Financial Times economics guru Martin Wolf. He’s going to tell you how he and all his colleagues had it all wrong, and that it’s time governments start mobilizing many trillions of dollars in “non-debt monetary expansion” (creating money) for “fiscal policy” (investing in industry and infrastructure) again!

And if one mainstream econ guy wasn’t enough, then read former PIMCO CEO Mohamed El-Erian who says it too.

And now that you know we need to launch a massive national rebuilding project in every nation, it’s time to learn about some of the ways that nations have done this in the past. Have your breath taken away by seeing what’s possible with Freedom’s Forge. This book is written by a hard right-wing historian, which makes it all the better to read. He provides a great model here for how to explain a national economic building project in terms that conservatives will like.

Then read a much better-researched and objective account of the mobilization for World War II in Mark Wilson’s Creative Destruction.

Next learn about how some other countries have mobilized just because they wanted to, not because they needed to go to war. Like Finland and Denmark, who used many institutions that any country could such as public venture funds.

Learn how a fruit-importer, Samsung became a global powerhouse – and many other incredible tales from the complex and conflicted Park Chung Hee era. South Korea started with virtually no economy, a mostly illiterate population, and very few resources – and built a modern, wealthy economy almost in a single generation. Many believe that they were favored by huge investments from the United States. But the U.S. was actually very stingy with South Korea. The country used public funding, and tight coordination – even micromanagement – of firms.

The South Korean story had its origins in the story of the post-war Japanese model.

Get the REALLY BIG picture with Why Europe Grew Rich and Asia Did Not. The short answer: It’s because Barbarians on horses (or ships) are fully capable of taking over giant, advanced empires. It happened all the time through history… The Mongols, and then Manchus, taking over China. The Moguls taking over India. And so on. Britain taking over the India and China was just part of that same tradition. It’s a sucker punch, but it works. The internal ruling class tends not even to mind, because they’re so sick of their own rulers. That helps the invaders. The barbarians move into the palace and soon become locals. But the Industrial revolution changed the pattern and made this kind of conquest incredibly destructive for the conquered. Because of the industrial revolution and the nationalist project that had begun in Britain, the conquerors now merely wanted to extract resources to feed coal-powered factories back home that sucked more wealth back to the whole British People. And why did the Industrial Revolution get started in the first place? To compete with the overwhelming dominance of Chinese and Indian industry (much like Japan and now China leaping ahead of the US in industrial innovation). So there you have it.

Get a deeper overview of the emerging consensus from a whole range of economists – including: 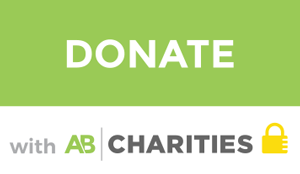